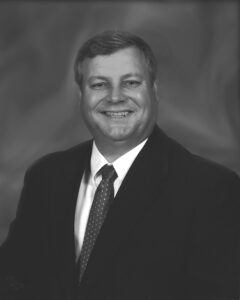 Phil Norris is a graduate of North Carolina State University with a Bachelor of Science in Civil Engineering, with emphasis on water resources and sanitary engineering.  He is a Registered Professional Engineer in North Carolina, South Carolina and Virginia.

Phil is also experienced in military planning and project development, having been heavily involved in the preparation of the Mobilization Master Plan for Fort Bragg, North Carolina and Installation Support books for Fort Bragg and the Military Ocean Terminal, Sunny Point.

A majority of Phil’s design efforts are concentrated in the areas of site design, including grading, drainage, erosion control, stormwater management and site utilities.  His projects have ranged from development design for subdivisions, shopping centers and hotels to municipal design for streets, sidewalks, water distribution systems and sewer systems. 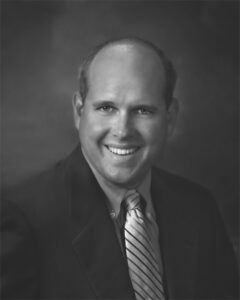 After graduating from North Carolina State University, John worked as an engineering intern for a consulting engineering and architectural firm in eastern North Carolina from 1988 to 1991.  In this role, he acquired extensive experience in civil engineering design, including site development, roadway design, subdivision design, stormwater design and the design of water and sewer systems.  In addition to his design experience, he served as construction project engineer on many construction site and roadway projects as well as a large water treatment and distribution system project.

From 1991 to 1993 John worked with the N.C. Department of Transportation’s Division III Construction Unit as an assistant to the Resident Engineer.  While with the state he administered large NCDOT roadway and bridge projects awarded to private contractors.  John’s work with the NCDOT included extensive field work in roadway and bridge engineering, construction survey layout and multi-million dollar contract administration.  He also assisted in managing approximately 30 employees.

In 1995 he joined Andrew & Kuske Consulting Engineers, Inc., where he practiced civil engineering, and became a principal of the firm in 2002.

John has served on a number of boards, including the New Hanover County Board of Health (January 2003 – December 2008), Cape Fear Public Utility Authority Board (June 2008 – September 2010) and North Carolina Board of Examiners for Engineers and Surveyors (August 2007 – February 2012).

Before graduating from North Carolina State University, Jason worked an engineering intern at Houston and Associates, P.A. in Shallotte, N.C. from May 2000 to August 2000.  After completing his degree he joined the firm as an Engineer in Training and obtained his Professional Engineering license in 2005.

In December 2012 Jason was promoted to Chief Project Engineer for New Hanover County.  This position required him to manage stormwater and drainage programs for the county, train to perform work during emergency or disaster situations, supervise other county employees and represent the engineering department on the Technical Review Committee (TRC).